Nutrition During Pregnancy: What To Eat And What To Avoid

by Martha Whitt
in Pregnancy
0 0
0 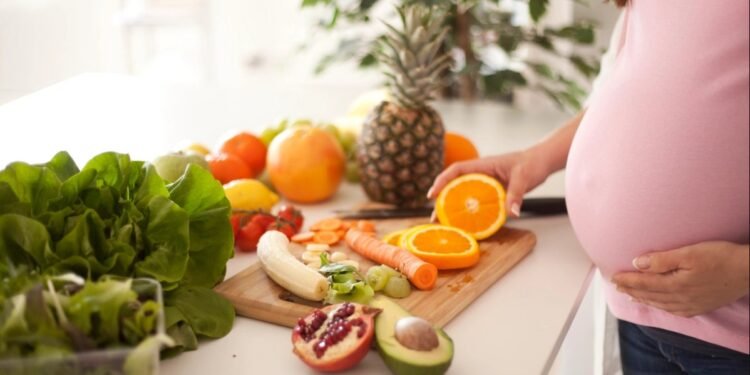 Nutrition during pregnancy is one of the most discussed issues and around which the expectant mother often asks herself many questions. Which foods are recommended and which ones to avoid? Are there vitamins and mineral salts that it is good to integrate in order to avoid pathologies and problems for the mother and fetus? Here are some tips with answers to these questions.

Pregnancy is one of the periods of greatest nutritional demand in a woman’s life, but the popular rumor according to a pregnant woman should “eat for two” not only does not correspond to real needs but is harmful.

Only for some nutrients the requirement during pregnancy double, while the caloric requirement, in conditions of normal weight and common physical activity, increases only by 15%, reaching 38 calories/kg/day, or around 2,200-2,600 calories.

However, it is also necessary to consider whether the pre-pregnancy weight was normal: overweight women must gain less, and underweight women can gain more. Maternal weight gain does not correlate with fetal growth or her well-being.

Beware of excessive nutrition in pregnancy: not only can it lead to obesity, but it can increase the risk of gestational diabetes, preeclampsia, and postpartum hemorrhages. Consequently, the number of cesarean sections and maternal-fetal morbidity (disease) and mortality increases.

Nutrition During Pregnancy: Beware Of Sugars

The main metabolic changes in the pregnant woman concern sugars, for the escape of glucose to the fetus (which causes fasting hypoglycemia) and for insulin resistance, i.e. a reduction in its metabolic effect (which consists in passing glucose from the bloodstream inside cells) and is due to the reduction of cell receptors for this hormone. The body responds with an increase in insulin production by the maternal pancreas, which causes hyperglycemia after meals.

If excessive, this reduced sugar tolerance causes gestational diabetes. Therefore, the pregnant woman has a lack of sugar in circulation between meals and excess after meals. For this reason, you must avoid both prolonged fastings – perhaps resorting to snacks – and large meals. In short, it is better to eat often, but little.

This attitude in the first trimester is also useful for fighting hyperemesis (nausea and vomiting). To contain it, it is also necessary not to drink on an empty stomach, and to avoid citrus fruits, alcohol, sweets, coffee, and carbonated drinks (instead in the third trimester some pregnant women find it beneficial to drink Coca-cola). For nausea, ginger is very effective (however burdened by a strong and pungent taste), but as with any medicine, you must not overdo the doses, otherwise, it is harmful to the fetus.

Nutrition During Pregnancy: What Is Best To Consume In Moderation And What Is Good To Consume

The main foods responsible for excessive weight gain and which are therefore to be taken in moderation are those with a high glycemic index, that is, which causes blood sugar to rise more rapidly by stimulating the release of insulin.

Some examples are bread, pasta (and rice), pizza, potatoes (the four p’s), and (obviously) desserts. Having to consume cereals, wholemeal ones are preferred (spelled, Kamut, oats, pearl barley, soy), and the pasta must be “al dente”.

Therefore, the “second” must be favored over the “first”. Compared to the “Mediterranean diet”, the percentage increase in proteins is also justified by the increased protein requirement in pregnancy: 6 grams per day, for a total of at least 60 grams per day.

Furthermore, you will have to eat vegetables and fruit at will (the latter must be taken at the beginning of the meal or better as breakfast or between meals, and is mandatory for its fructose sugar content, given that other sources of sugars and you should not have an “unbalanced” diet).

The fibers present in vegetables and fruit also promote good intestinal functioning, which is usually sluggish in pregnancy. In this sense, kiwis can be useful, obviously on an empty stomach, as well as drinking a lot, about two liters of water a day.

Constipation is usually present in pregnancy, due to hormonal factors, but can be aggravated by unbalanced/monothematic diets and by stress/depression. It is therefore important to allow yourself time and rituals in meals, especially at breakfast, and to avoid an excessively sedentary lifestyle.

Nutrition During Pregnancy: Pay Attention To The Right Amount Of Vitamins And Minerals

Furthermore, a healthy and correct diet during pregnancy must be varied and follow the seasonality and rotation of foods. In this way, you get the right amount of vitamins and minerals and therefore a good functioning of the various metabolic processes. The doctor will provide those vitamin and mineral supplements that are not met by the diet during pregnancy.

Vitamin B9 “folic acid” is of particular importance for the prevention of neural tube defects (spina bifida) in the early stages of pregnancy. 400 micrograms per day are enough, possibly taken already in the pre-conception phase, but certainly from conception and throughout the first trimester to reduce the risk of its occurrence by 70%. In the second and third trimesters, on the other hand, folic acid plays a decisive role in the prevention of anemia during pregnancy. Where can folate naturally be found? In vegetables and fruit.

Vitamin B6, on the other hand, is useful both to increase the percentage of implantation of the fertilized egg and to reduce the nausea of ​​the first trimester.

Pregnant woman with anemia is also in a condition of a greater risk of complications in childbirth and the puerperium, particularly in third-world countries, where even severe anemia is not diagnosed and treated with supplements. Severe anemia contributes or alone accounts for 20-40% of the approximately 500,000 deaths/year worldwide from pregnancy, childbirth, and the puerperium. Red meats, red wine, legumes, but also – to a lesser extent – “green” vegetables (including spinach) are rich in iron.

The right calcium intake during pregnancy should not be forgotten. In fact, this mineral plays a fundamental role in the skeletal development of the child and a calcium deficiency creates damage to the mother as it is transferred by the same to the fetus. The requirement in women is 800mg per day, and in pregnant women reaches 1,200mg per day. For a good calcium intake, you can use dairy products, rich in this mineral.

Read Also: What Does It Mean To Dream Positive Pregnancy Test? 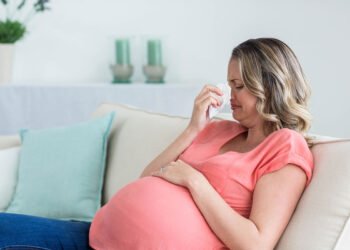 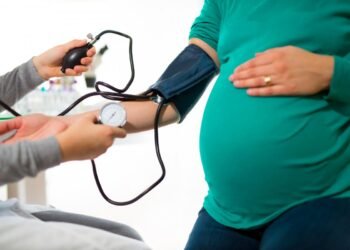 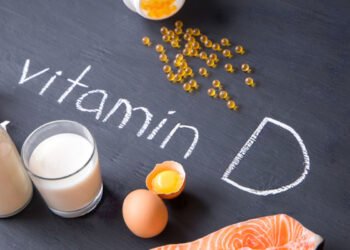 Vitamin D And Pregnancy: Reduces The Risk Of Complications

No Result
View All Result